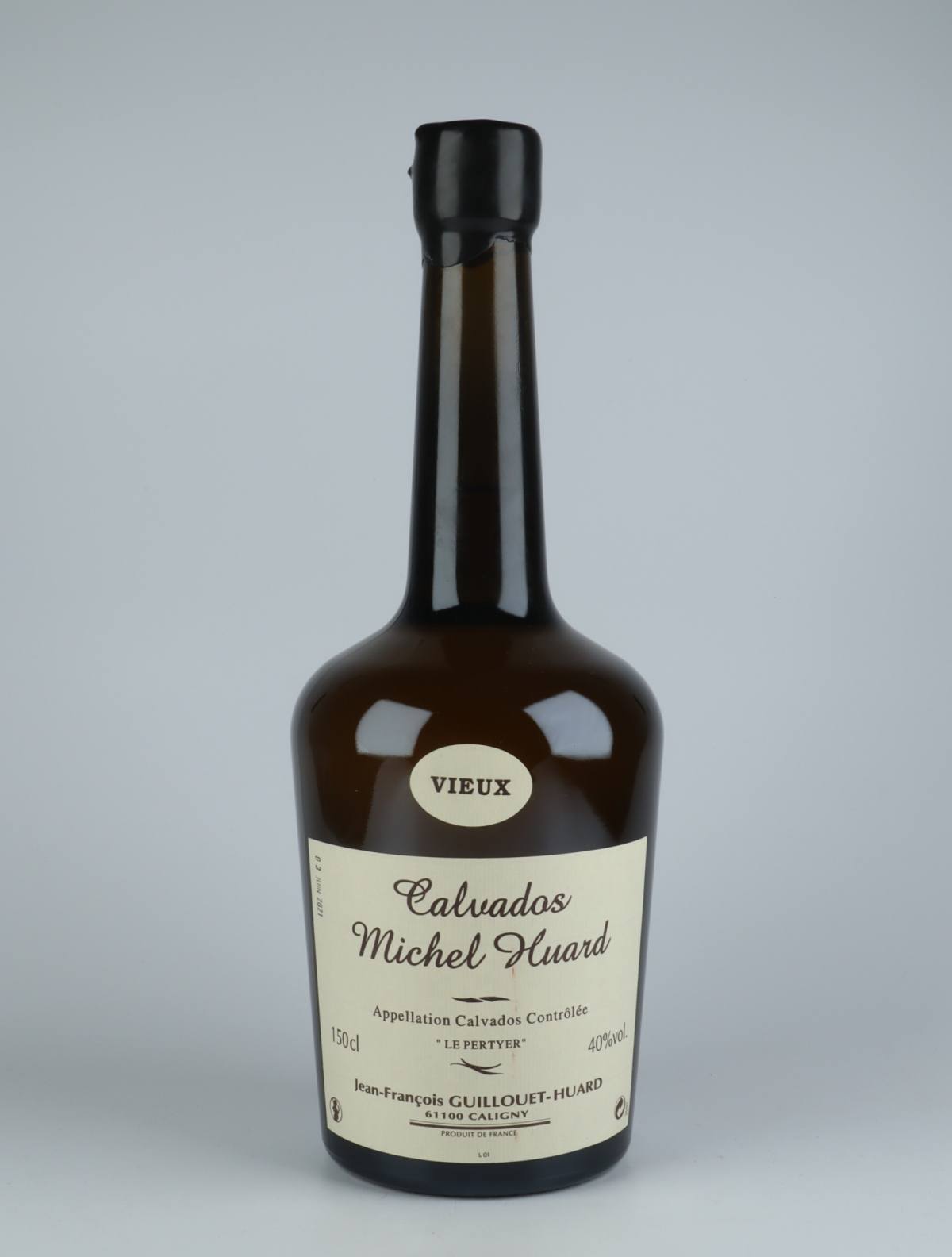 The Huard family has deep roots in the Suisse Normande region of Normandy and must be considered an absolute star within the largest Calvados appellation, the AOC Calvados. Jean-Francois Guillouet took over Michel Huard in 2012, when his grandfather, Michel, died after the two had worked side by side for 20 years.

The family has about 18,000 trees spread over 15 hectares with about 20 different apple varieties. The cider ferments for about eight months and is then single distilled in an old distillation apparatus after which the distillate is stored in very old barrels, including large foudres and smaller casks of 400 liters. A fairly large part of the production is bottled as a single vintage, and the entire production is bottled to order, as the family wants their Calvados stored in casks right up until the moment of sale.

Forget about the rustic and alcohol-dominated Calvados that excel most in its ability to give a sore throat and punch a hole in the stomach. Michel Huard produces extremely balanced Calvados that show great complexity while being incredibly soft and easy to drink.

View all products from Michel Huard