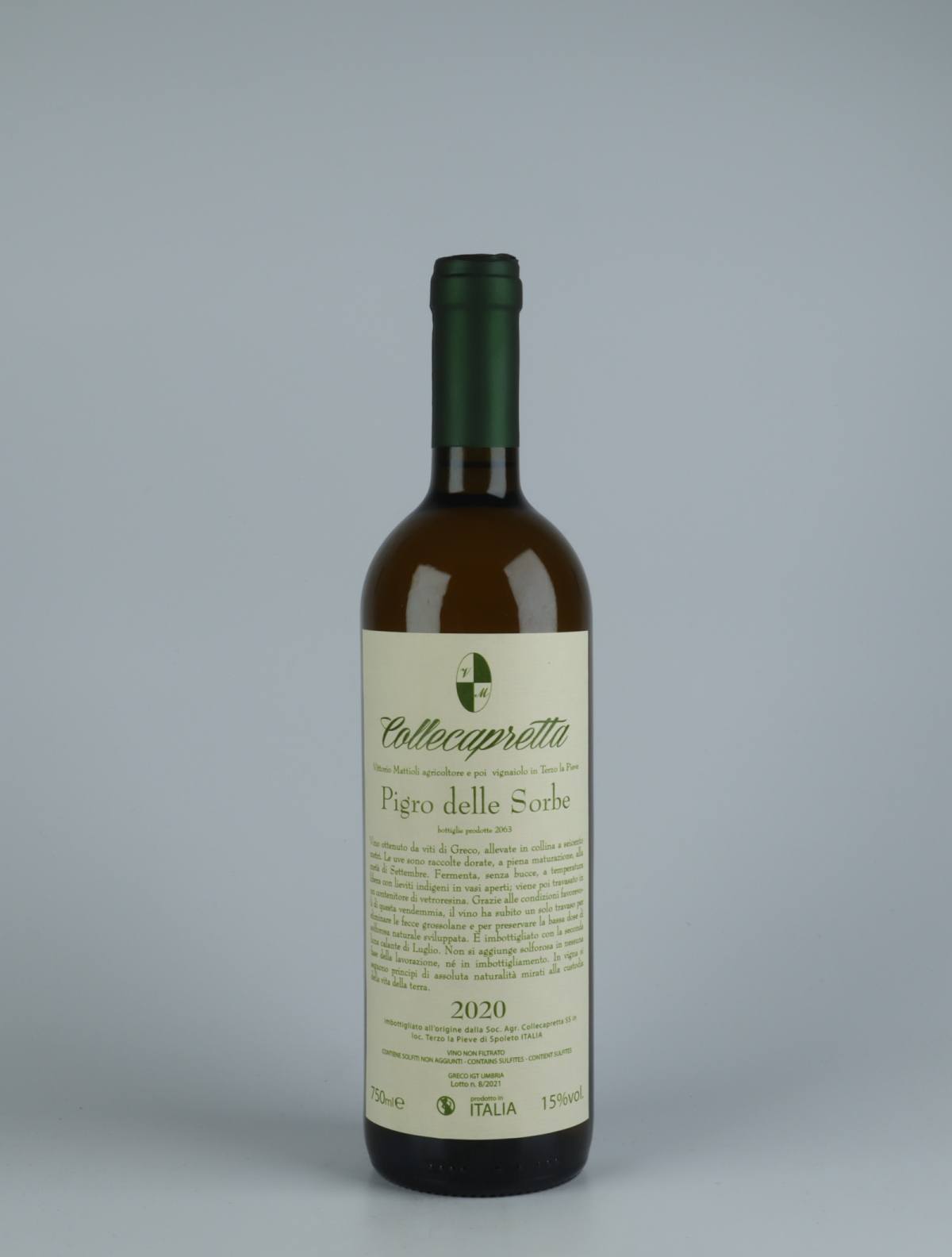 As far back as the 12th century, the Mattioli family has lived in the small village in southern Umbria called Collecapretta, which can be translated into ‘Goat Hill’. Today, olive trees and old grain varieties are also found at the farm along with indigenous grape varieties such as Trebbiano Spoletino, Montonico, Malvasia, Sangiovese, Sagrantino and Ciliegiolo.

Vittorio Mattioli lives with three generations of his family in Collecapretta at an altitude of 500 meters overlooking the valley below. Although the production is only about 8,000 bottles in a good year, they choose to vinify several different wines to express the area and its grape varieties in the best possible way. In the cellar, the starting point is always the same, however. The wine ferments naturally and spontaneously without temperature control or added sulphur, and the exact time of bottling is determined by the moon’s orbit around the earth.

The wines are as natural as they get without being ‘hip’ natural wine from a former guitarist and part-time waiter in Paris. They are unmanipulated and honest made by a family with an in-depth knowledge of the terroir and the local grapes. It is evident that the family has been doing this for a very long time and the result is unmanipulated, juicy and pure wine.

View all products from Collecapretta