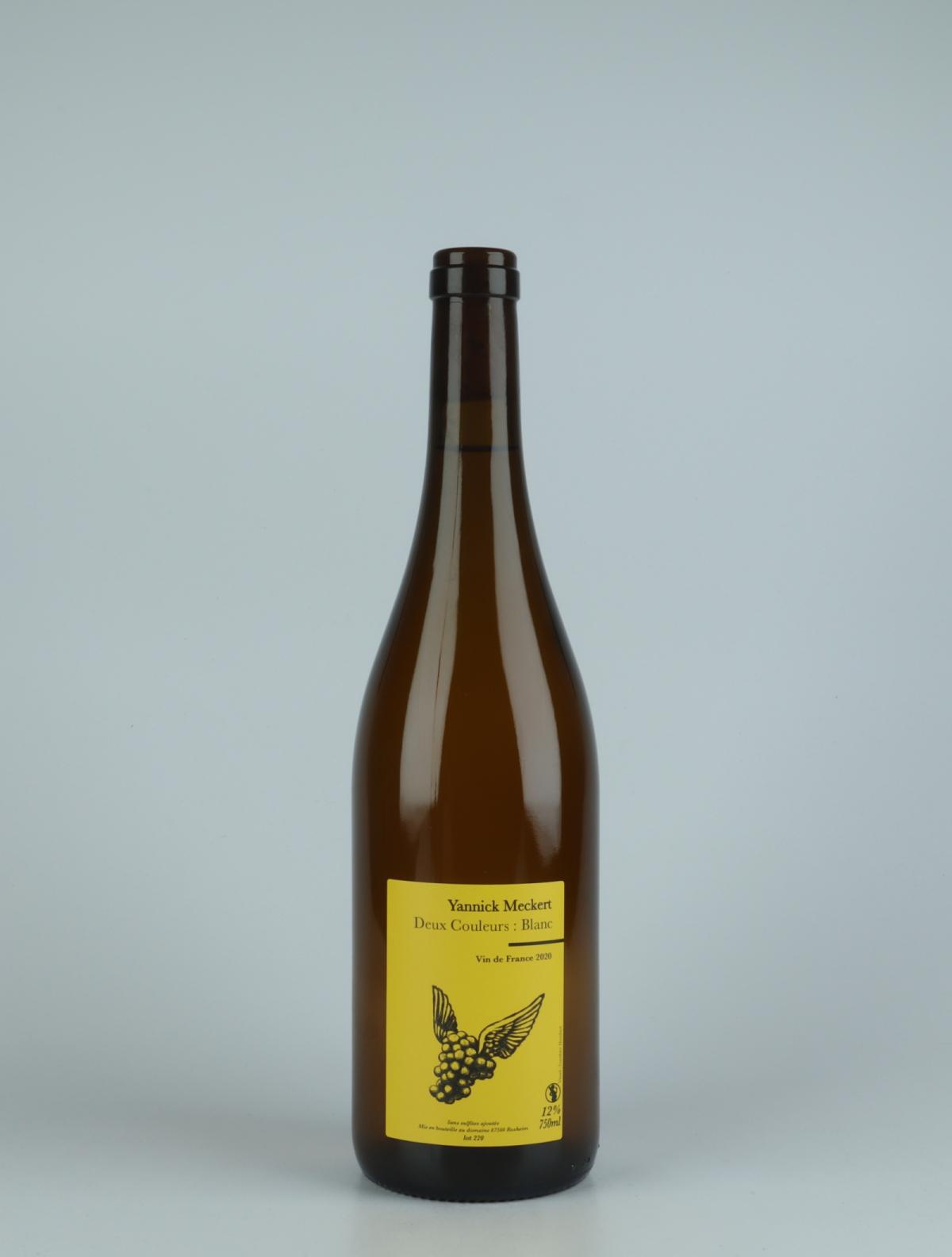 Since Yannick Meckert’s mother is from Alsace and his father from Burgundy he has grown up in both regions. After studying viticulture and oenology in Beaune and Montpellier, he worked briefly for the family domaine, but the use of pesticides and additives quickly made it clear to Yannick that it was the wrong place for him. Instead, he ended up working for producers like Philippe Pacalet, Patrick Meyer, Ostertag, Terada Honke (Sake in Japan), Charles Dufour, Jauma, Le Coste, Christian Binner and more, and despite his young age, Yannick is a widely travelled guy with lots of experience and a huge network.

Yannick Meckert owns two acres in Alsace planted with Auxerrois, Pinot Noir, Pinot Gris, Sylvaner, Riesling and Gewürztraminer standing on soils of volcanic sandstone and blue slate. In addition, he co-owns a small plot of Pinot Noir in Burgundy (Les Hautes Côtes). He is also increasing his production by buying grapes, although he prefers to own his plots, but considering the price of land, right now it makes more sense for him to buy grapes of an extremely high quality from a close friend in Alsace. Here, Riesling and Pinot Noir are tended to according to biodynamic principles, without the use of a tractor and with a very limited yield.

Natural wine legend Jules Chauvet is a source of great inspiration for Yannick. He vinifies using whole clusters and has the same approach for Pinot Noir, Gewürztraminer and Pinot Gris, where the whole grapes are macerated for about a week and subsequently stomped twice a day until the alcoholic fermentation is over. The white wines are often made using direct pressing, especially when dealing with a special terroir. After this, the wines are aged for one to two years, and it goes without saying that no sulphur or anything else are added at any point in the process.

Yannick Meckert is an obvious talent, and although the 2020 vintage is the first in his own name, his wines are already of an incredible quality. However, it all makes sense when you consider the experience that he has absorbed from a multitude of top producers, just as he works very meticulously. Yannick himself, however, is a humble man who may not have fully understood his own talent. But we certainly have and if this is just the beginning, there are almost no limits to what he can achieve. The style is light and juicy but at the same time offers lots of life and complexity and especially his Pinot Noir is probably the best we have ever tasted from Alsace.

View all products from Yannick Meckert