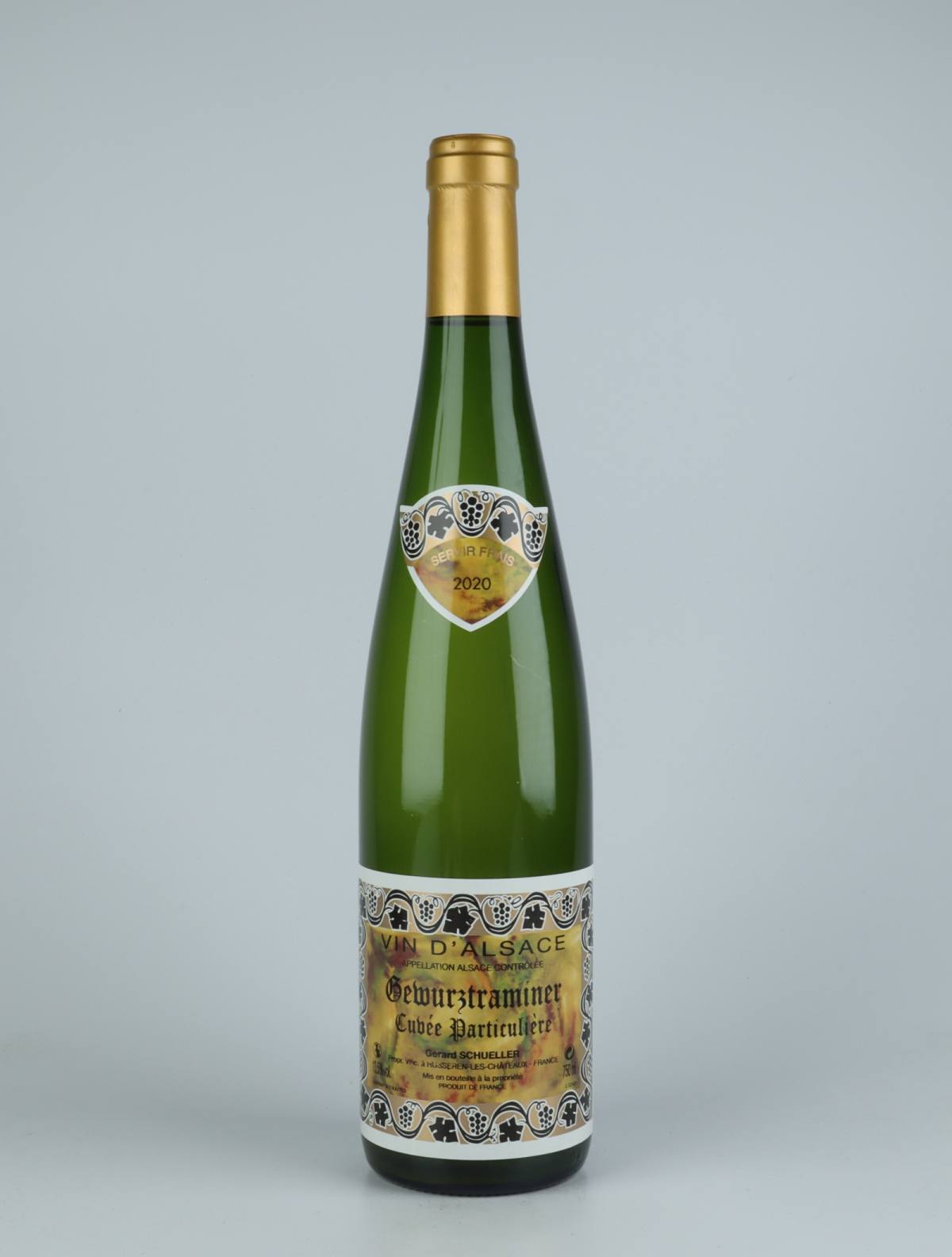 Please note: This wine is not sold separately and is only for sale in the Alsace tasting box.

Domaine Gérard Schueller is located on the hills of Husseren-les-Châteux in Alsace at the foot of a series of ancient ruins. Here Bruno Schueller reigns, who has been making wine since 1982 and is anything but mainstream. He makes about 40 different cuvées, each with its own distinctive character, and about 25 of them are released each year.

The Grand Cru vineyards are located between Eguisheim and Husseren-les-Chateaux. But perhaps the most interesting vineyards are in Bildstœcklé, which is among the most sought after in Alsace with its calcareous soil. The vitification methods are based on biodynamic ideas, but Bruno Schueller has his own unique way of making wine.

The result is golden and aromatic wines with great complexity, minerality and personality. Domaine Gérard Schueller makes the most extreme Alsace there is offering something completely different than what you normally find in the region. The wines sometimes need to age for years before they can be enjoyed, but when they are ready and find their balance, they are some of the most magical wines that you can find.

View all products from Gérard Schueller