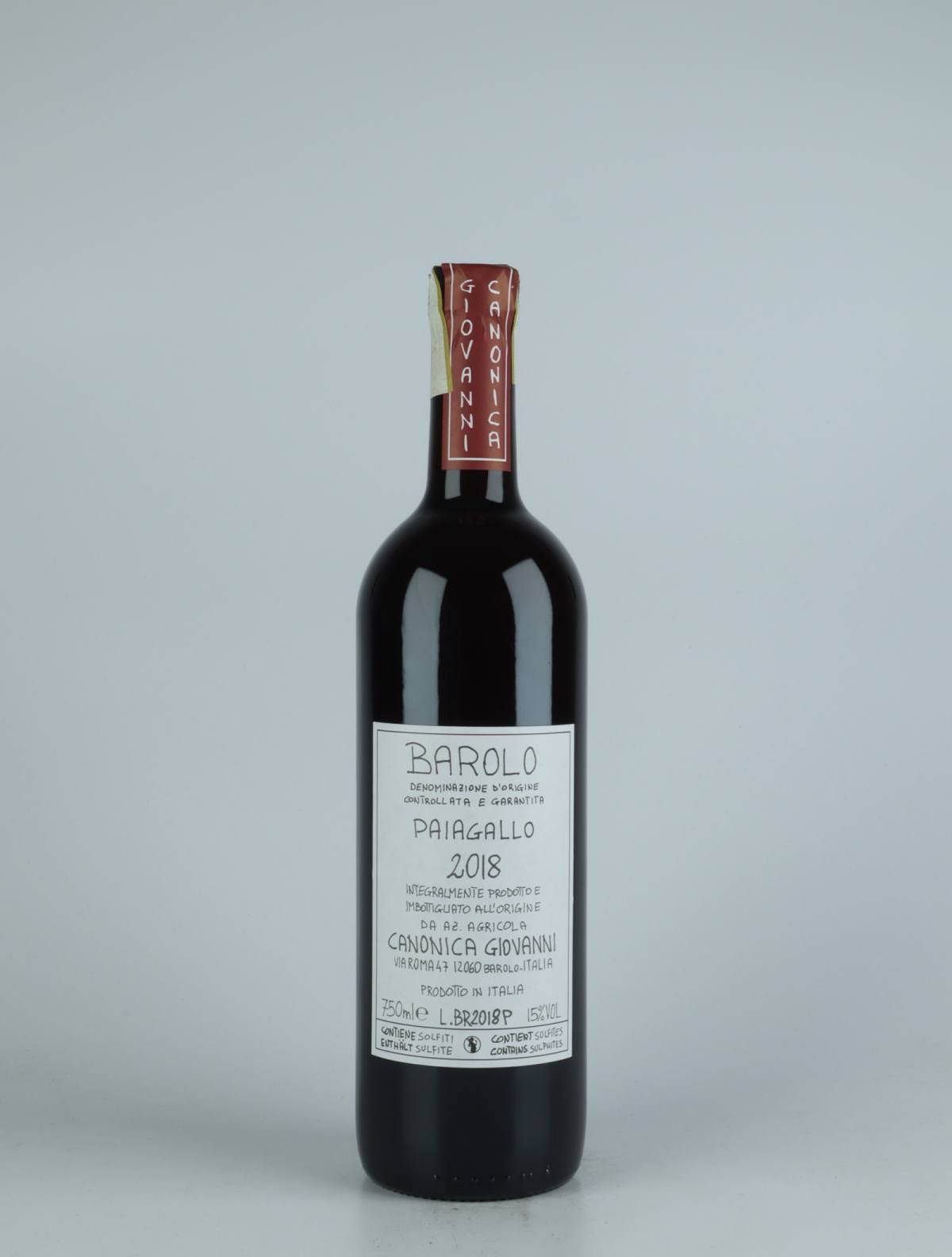 Giovanni Canonica runs a small “agriturismo” in the heart of Barolo, where he also produces old school Barolo from the vineyard Paiagallo, which is just above the town of Barolo. Giovanni is the only one who produces a single vineyard wine from Paiagallo, and since he only owns 1.5 hectares, it is indeed a microscopic production. Since 2012 this has, however, been helped a bit by a new small vineyard in the municipality of Grinzane Cavour.

For many years, Giovanni Canonica has been one of Barolo’s best kept secrets, but the unprecedented high quality of his wines combined with a very fair pricing has in recent years made his wines some of Piedmont’s most coveted among connoisseurs.

The Barolo is made with long maceration in fiberglass tank (30-40 days), subsequent ageing in large Slovenian oak barrels and a minimal addition of sulphur during the entire process. The style is classic old school Barolo, but with completely irresistible and charming aromas, enormous elegance but at the same time with an element of ferocity, due to Giovanni’s very sparse use of sulphur and his hands-off approach during vinification that lifts his wines to a level which very few producers can match.

View all products from Giovanni Canonica